Round 2
Theme: Economy
Info Slides
Info1:
Cash-on-Delivery is the scheme for development aid that focuses on the results, encourages innovation and strengthens government accountability to citizens rather than donors. Under Cash-on-Delivery aid, donors would pay for measurable and verifiable progress on specific outcomes, such as $100 dollars for every child above baseline expectations who completes primary school and takes a test. When recipients cannot achieve the goal of what they are expected before having the contracts, aid from donors is going to decrease than before or stops.

Info2:
The leniency policy offers companies involved in a cartel – which self-report and hand over evidence – either total immunity from fines or a reduction of fines which the Fair Trade Commission would have otherwise imposed on them. The order of report and the quantity/quality of information matters in terms of the kinds of exemption corporations can obtain.

T development aid should be given based on cash-on-delivery scheme.
T state should actively regulate the number of entrant to industry in order to avoid excessive competition.
T states should abolish leniency policy and impose stricter punishment for violations

Round 3
Theme: Policy
T prominent civil society activists should choose not to run for public office
T we should abolish all permanent seats on the UN Security Council.
T liberal democracies should deprive its citizens of their citizenships if they engage in the activities of militant terrorist organisations.

Grand Final
Theme: Society
Info Slide
Pink washing: The promotion of the gay-friendliness of a corporate or political entity in an attempt to downplay or soften aspects of it considered negative. – Wikipedia
That the gay right movements should oppose pink washing.
That the feminist movement should abandon the term feminist in favor of a new name such as equalist. (Debated)
That governments of states with large but marginalized indigenous populations should aim for the increased employment of indigenous peoples over employing immigrants. 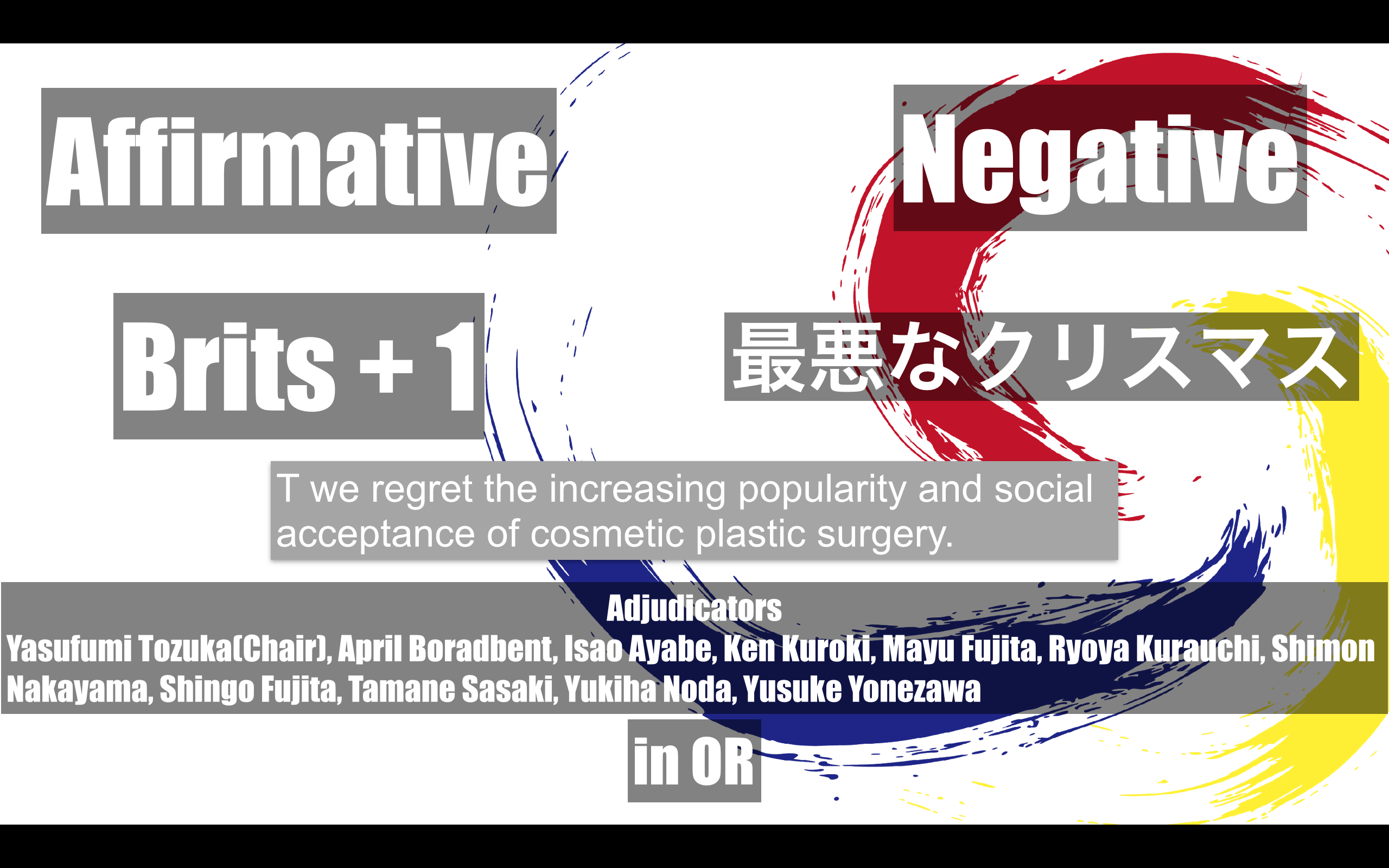